Patrick Murphy @PatrickMurphyFL
Thursday, May 6th, 2021 at 7:48pm
Was happy to participate in the @FIU Intelligence Fellowship graduation ceremony today with my friend @RepSwalwell. Thank you, @fiu_sipa for having us! https://t.co/ZsuWfLI3Cn
View on Twitter 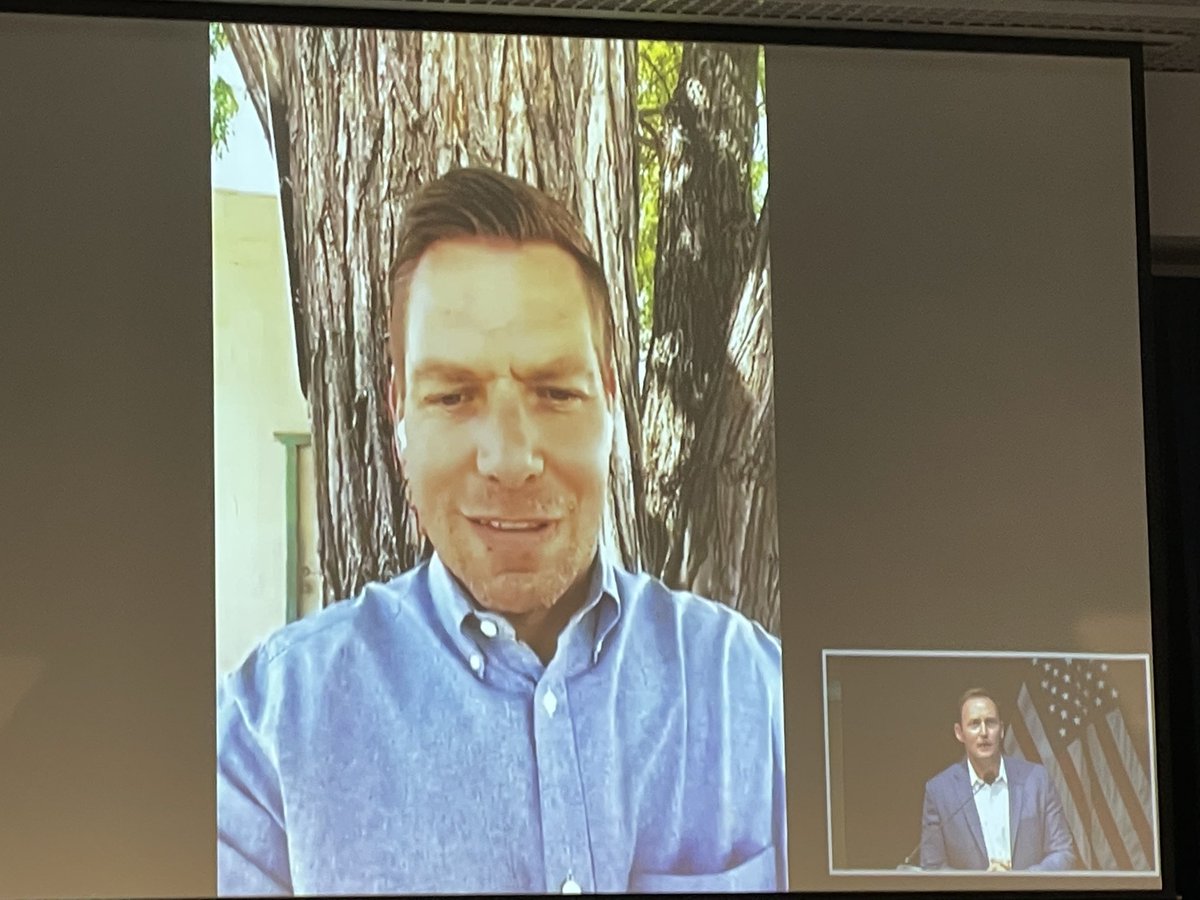 Patrick Murphy and David Jolly mull bipartisan bid for governor. Why not?

By Isadora Rangel / Florida Today – Ask voters and many will tell you how much they hate the partisan gridlock that has swept over our country. But are they ready for a purple gubernatorial ticket in Florida? Democrat Patrick Murphy is considering a bid for governor with Republican David Jolly as his running mate. Perhaps the former congressmen are […]

By Emily Mahoney / Tampa Bay Times – In a quick four-minute appearance on MSNBC Monday afternoon, former Congressmen Patrick Murphy and David Jolly gave what seemed to be an elevator pitch for their potential run for governor and lieutenant governor. “The reality is most Floridians disagree on issues but they have to choose on […]

What are the odds Florida can lead in a good direction for once?

By John Romano / Tampa Bay Times – We swear we are better than this. Better than the extremes, and better than the barbs. Too many of us sit atop high horses and claim America’s divisiveness is the fault of the fringes, both left and right. It’s a wonderfully satisfying and snooty position to take. […]

By Florida Politics Staff – The speaking tour continues for two former congressmen, with a stop at Jacksonville University Tuesday evening. Republican David Jolly and Democrat Patrick Murphy will discuss a question they have been mulling since last summer: “Why Gridlock Rules Washington and How We Can Solve the Crisis.” “I think what Patrick and I are focusing in on […]

By Patrick Murphy – After the horrific tragedy in Parkland last month, the conversation has quickly and appropriately turned to what our response should be. All sensible Americans agree that we must put an end to the massacres that have invaded our schools, airports, nightclubs, movie theaters, and anywhere else where innocent people gather. Poll […]

By Amy Ellis / FIU News – Former Congressman Patrick Murphy has been named a senior fellow at FIU’s Steven J. Green School of International and Public Affairs, where he will assist the Jack D. Gordon Institute for Public Policy with the launch of a new public policy fellowship. The fellowship – expected to begin this fall – will be […]

By Jordan Anderson / FSU News – As part of their “Shared Spaces Series,” Village Square and Power of WE invited two former Congressmen, Republican David Jolly and Democrat Patrick Murphy, to talk about the political gridlock that rules Washington and bipartisan cooperation. Jolly and Murphy’s bipartisan efforts were evident from the time they stepped into Congressional office. They both represented […]

By Patrick Murphy – On Wednesday — Valentine’s Day — a 19-year-old with clear mental health issues walked into a Broward County high school and killed 17 innocent Floridians. This has happened before. It has happened in Florida — at a nightclub. At a country music concert. At a church. At a school. The victims […]

By Danny McAuliffe / Florida Politics – Frustration over the American political process has brought together strange bedfellows: two former Florida congressmen of competing parties. David Jolly, a Republican, and Patrick Murphy, a Democrat, left office in 2017. They’ve since embarked on a tour, titled “Why Gridlock Rules Washington,” to share their less-than-ideal experiences in the nation’s capital. […]

By Patrick Murphy – Historians have written that among George Washington’s many achievements, one of his longest-lasting was the decision not to run for a third term as president. As the most popular figure of the post-Revolutionary War period, he could have ruled like a king and stayed in office for decades. The peaceful transfer of power Washington […]